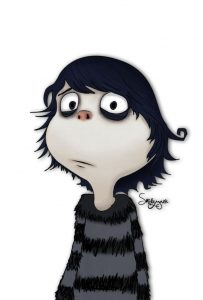 Remember Jo-Jo? He is the little Who down in Whoville that finally enabled Horton to hear the Whos, saving them from boiling in Beezle-nut oil. I talk about Jo-Jo often, encouraging students to be the voice that is finally heard, that sparks the change. We need more Jo-Jos, and more Dr. Seuss.

Omran Daqneesh, the little boy in the ambulance in Syria,  is now on the wall of my classroom next to the picture from last year of the dead two year-old Syrian boy face down on the edge of the water. When will we get it? How many kids have to grow up numb to violence, numb to killing, numb to death?

And here’s the thing, it’s our fault. We have created the ugliness that is Syria today. We have created poverty and homelessness and drug addiction and mass shootings. The political policies of America and the rest of the world, religious ideology that fosters hate and separation, and the scariest idea of all that we justify all this death and tragedy because we are numb to it and the new episode of Ballers is on in 10 minutes.

We can solve it too. We need a worldwide therapy miracle where you wake up in the morning and everything has been fixed. Hate is replaced by Empathy, Fear by Knowledge, and Greed by Equity. Still wanna hate and separate and dominate, fine, head off to Haters Island (previously known as the great pacific garbage patch) swirling in the middle of the ocean. There you can rant and rage against Muslims and Mexicans and women, create nothing, solving nothing and eventually dying having done nothing.

Or you can remember Jo-Jo. Look deeply at the video of Omran and feel what he is feeling, or not feeling. Think about your own priorities then either become Jo-Jo or start packing for Haters Island.