Jeff Bezos and the three-comma club 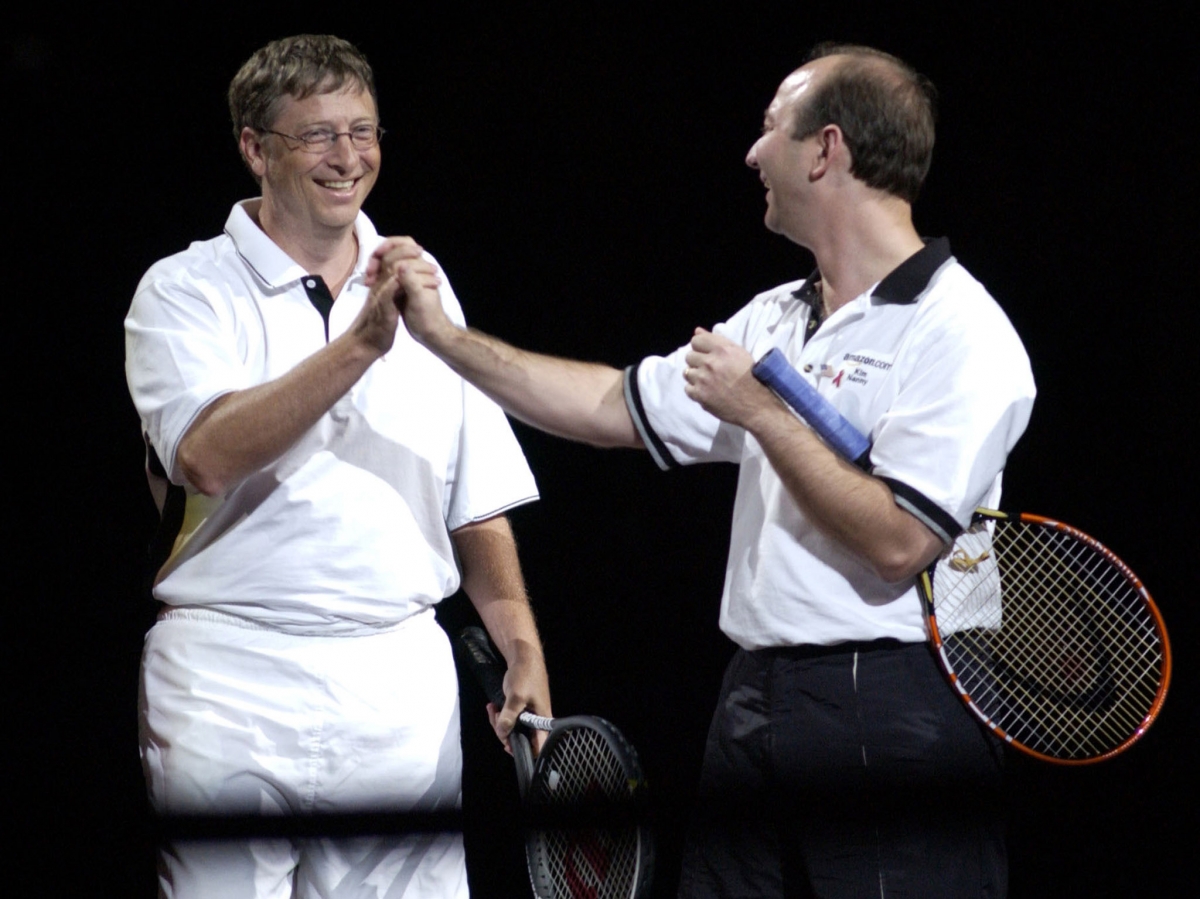 Whew, I’m glad that’s over. Instead of a sober January I did a how–can-I-stop-spinning-in-circles January. I’m better now, didn’t really solve much but that’s OK, at least I’m working toward change.

And today that means a thematic unit about the three-comma club. Why? Why not, Bernie has been talking about it for years and AOC is giving it new life by pushing about a 70% tax rate for billionaires. We don’t think about wealth distribution because when the water slowly warms, it seems like it’s natural part of societies growth. But when I think back to my wonderful upbringing in Modesto where a journalist and a nurse were able to provide for a family of four (tennis club membership, college educations without debt, vacation cabin, vacations, etc.) I wonder if my parents had a secret counterfeiting business then realize, no, money just went further back then.

I always try and make math entertaining and relatable in Algebra and Geometry so we start with the background music of Bruno Mars, “I wanna be a billionaire so f*cking bad.” Then we go into the reality of the world’s money: charts, graphs, and all the boring stuff that turns me into the peanuts teacher. The data all tell the same story, huge rise in the stock market, not so huge in the middle class earning market. We talk briefly about the 1% and the difference between being a Gates billionaire and a Koch billionaire.

Then we go micro with calculations and budgets-how much will students have to make to exist in Sonoma? How much do they earn selling slices at Mary’s? What is a living wage? How much does it cost to live in Sonoma vs. Modesto? And my favorite calculation: How much did Jeff Bezos make per hour last year  (9 million, yes, 9 million per hour! Forget all that other stuff, this is much more important).

Next, how do you make it into the three-comma club? And most importantly, should billionaires exist? We read an article from the New York Times titled “Abolish Billionaires https://www.nytimes.com/2019/02/06/opinion/abolish-billionaires-tax.htmland we talk about economic injustice.

Students are conflicted, they work hard and they don’t want to give their money away. We just calculated and finished a unit about taxes so they are slowly getting the big picture but they still feel confused about whether the mother begging outside Sonoma Market deserves a handout.

I sit back, mediating, watching and listening as they talk about Kylie Jenner and mental illness and Socialism and Capitalism. This is the magic of the classroom; all I have to do is keep them in the right lane when they start veering (usually blaming the president which is a whole other thematic unit) and watch the knowledge grow.

Eventually we get to solutions and what we all can agree with. Everyone wants to take care of people, especially people who are compromised in some way, but not everyone agrees on what being compromised means. Everyone also thinks that people make their own beds (put your big boy pants on as I say on the daily), but the playing field is not always a fair one.

Finally, we decide that if you are one of the 188 Gates billionaires who have signed the Giving Pledge (givingpledge.org) to give away half your wealth to philanthropic causes, that’s OK but the other 2012 billionaires should look at why they need all that money.

There are three things I often tell students: The world is unfair. My generation has screwed up a lot of things and their generation has to figure out how to solve them. Money is not everything.